Thanks so much for your questions, concerns when i was sick, and most of all your votes! you've been wonderful guys. Make sure to ask your science teacher about National Science Week and keep asking yourself and the world "Why?"

2004: Bachelor of Science (Biomedical Science) at University of Adelaide 2006: Diploma of Languages (French) 2010: PhD on ovarian cancer also at UoA

Macdonalds (Even scientists had after school/uni jobs when they were younger!) Reproductive cancer lab at UoA and now I work in the Centre for Infectious Diseases at UoA

Me and my work

How do superbugs recognise essential nutrients (metals) in their environment, and how can we use this against them?

I mostly look at how proteins from superbugs recognise nutrients in the host environment (our bodies), in my case metals like zinc and manganese. Bacteria use metals to activate enymes used for all sorts of things required to make us sick: Fighting our immune systems many attacks, attaching firmly to infection sites, and using food sources for energy. We are hoping to find ways to use this against them and turn this into new medicines.

here’s some various pictures of MRSA – methicilin resistant Staphylococcus aureus one of the worst superbugs. it gets into wounds and makes them bigger and pussy! it’s called aureus because the symbol for gold is Au and as you can see it’s actually gold in colour 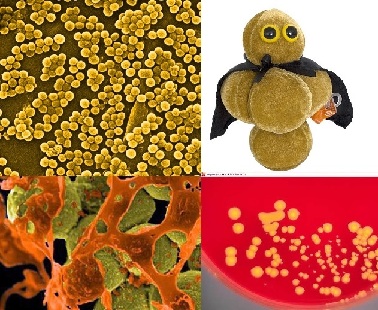 Here’s an edible, greatly upscaled version of the system I work on that I made last year for a special work cake.

To do this, I take the gene for my protein of interest and put it into less dangerous E. coli and grow up about a litre. Then I shoot the E. coli at a sheet of metal at twice the speed of sound to break them open (all safely contained within our cell disrupter) 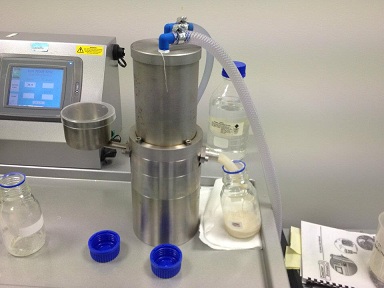 I then have to remove all the other proteins E.coli make so I have a pure protein to do experiments with. To do that I use several types of special resins and beads in columns. You can see two of them here 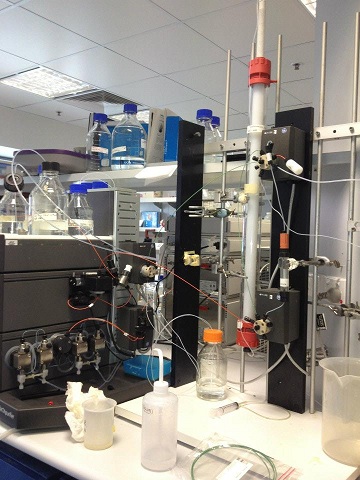 Then I can test which metals my proteins recognise and whether we can block them so the bacteria starve to death or are too weak to defend against our body’s immune system.

One day i’m a microbiologist, the next i’m a biochemist!

Some days I get to send bacteria flying at twice the speed of sound, others I heat samples in plasma to 1000 degrees to identify metals. And some days, I get to just sit at my desk and write up what I’ve been doing in the lab or read papers. Bet you can guess which days I enjoy more.

What I'd do with the money

A Few years back, the PhD students a year ahead of me, organised Wheelin’ out Science, where they travelled to places like Whyalla and Woomera (5-8hrs drive away) to run hands on workshops for the students there. Sadly, the sponsor didn’t fund the program again. So I would use the $1000 to send myself and my friends at the Mobile Science Education unit to some of South Australia’s more isolated areas to show kids just how awesome and fun science is with interactive demonstrations. Check out how awesome their shows look 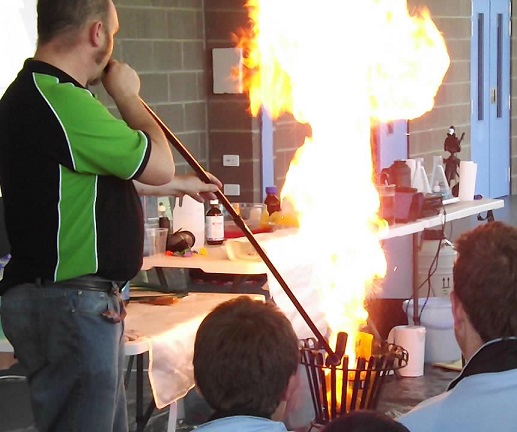 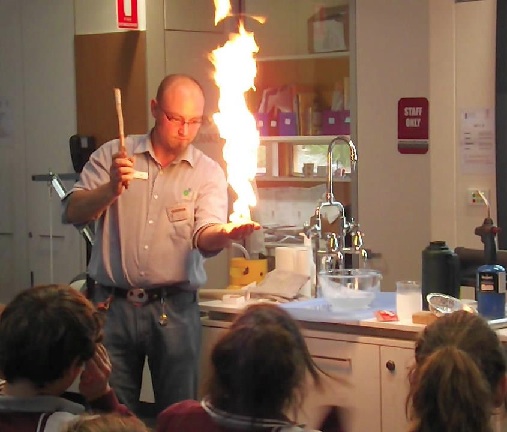 How would you describe yourself in 3 words?

Who is your favourite singer or band?

Will I get more votes if I say 1D or Justin Bieber? Just kidding, Right now, I totally love Adele.

What is the most fun thing you've done?

Walked along the ruins of Hadrian’s Wall in England. Just amazing.

If you had 3 wishes for yourself what would they be? - be honest!

1. To always have time for my awesome friends 2. Enough money to buy a house 3. For experiments to always work!

What did you want to be after you left school?

I didn’t exactly know, but I knew I wanted it to involve science. I worked out I liked life sciences the best after first year.

Were you ever in trouble in at school?

Not very often, but I did get detention once for forgetting my homework twice in a week.

What's the best thing you've done as a scientist?

I am so proud of everything I have done, but my greatest achievement so far has to be the work I did to develop a new blood test to predict chemoresistance in ovarian cancer patients months before they would normally find out.

Tell us a joke.

A man dies and goes to heaven. There he is told he will need to pass a test. “What is your favourite fruit or vegetable?” he is asked “Peas” he replied. “To get in to heaven you must put 100 peas up your nose” says the angel. The man thinks this is easy and starts shoving peas up his nose. However, he reaches 97 and bursts out laughing peas going flying. The angel frowns and tells him he has 3 attempts. The man tries again. 96…97…98 and then laughs again spraying peas everywhere. The angel tells him he only has one more try so to concentrate. He tries once more. 95….96….97…98….99 but again he laughs and shoots peas out of his nose. The angel says “What was so funny you had to laugh instead of getting into heaven?” The man says “I just saw a guy who chose watermelons.”